The Museum of Vojvodina

The Museum of Vojvodina, with a remarkable variety of departments, houses a rich museum collection of about 400,000 objects and a library with over 50,000 publications. The Museum Review, published since 1952, had been appearing up until 1994 under the title Work of Vojvodina’s Museums.
The museum network also incorporates the following annexes: “Brvnara”- log cabin ethnic-house in Bački Jarak and the Museum Complex in Kulpin, as part of the Museum since 2004.

The scientifically complex permanent exhibition presents the development of the human kind in the present territory of Vojvodina, covering the span of eight thousand years. On 3,000 square meters 6,000 objects represent archaeology, general history, arts history and ethnology. The permanent exhibition gives a synthesis of the region’s several millennia long history. The exhibited objects are witnesses of human communities and cultures since the Palaeolith and Mezolite times, until the first human traces nearly 70,000 years old in the vicinity of Irig; over the Neolith cultures at Starčevo, Vinča and other Neolithic cultures; the multi-layered Gomolava, Feudvar and Kalkača; up until the mythic ages of Ancient Greece and gorgeous monuments of Roman Emporia; since the migration of peoples until the settlement of the ethnic communities: Slovenes, Ugars, Serbians and other nations. The first part of the exhibition is described in the comprehensive monograph with the title The Museum of Vojvodina. The second part of the permanent exhibition, featuring the past of Vojvodina Region between the mid 19th century up to the 20th century, is situated in the building of the former Historical Museum.

The three Roman parade helmets are unique samples of their kind in Europe and have singled out for decades as the informal trademark of the Museum.

Several other permanent exhibitions are on display: the Exhibition on pedagogy, at J.J.Zmaj High School, in Novi Sad; the Memorial Exhibition devoted to Jovan Rajić a historian and publicist (1726-1801) in Kovilj Monastery; the Memorial Exhibition in honour to Mihajlo Pupin (1858-1935) at Idvor, the ethnic museum at Čerević; museum collections at Ruski Krstur and Hrtkovci, in Miloš Crnjanski’s (1893- 1977) birthplace, and in a library in Csongrád (Hungary), in Dositej Obradović’s birthplace (1740-1811) in Čakovo (Romania), in Sava Tekelija’s birthplace in Arad (Romania) and in the Museum dedicated to the Battle at Batina.

As far as international co-operation is concerned, the Museum of Vojvodina has maintained good relations through various activities with several museums from abroad: exchange of experts and exhibitions; participation at international conferences and in joint research projects. We have also signed protocols on co-operation in compliance with current international codices recommended by ICOM. Our partner museums include: The Banat Museum from Timisoara (Romania), Central Museum of the Danube Basin Swabians in Ulm (Germany), Muzej Planinskog Banata, Rešica (Romania) and the City Museum in Rijeka (Croatia). The co-operation with the above mentioned institutions is comprehensive and covers every field of museum activities. Through the exchange of museum related publications, the Museum keeps in touch with 192 cultural institutions from 29 countries.

The Museum of Vojvodina is a reference centre for all the institutions dealing with movable cultural property, such as museums, galleries and art collections in the territory of Vojvodina, authorized to supervise their professional work.

From the Serbian National Collection to the Museum of Vojvodina 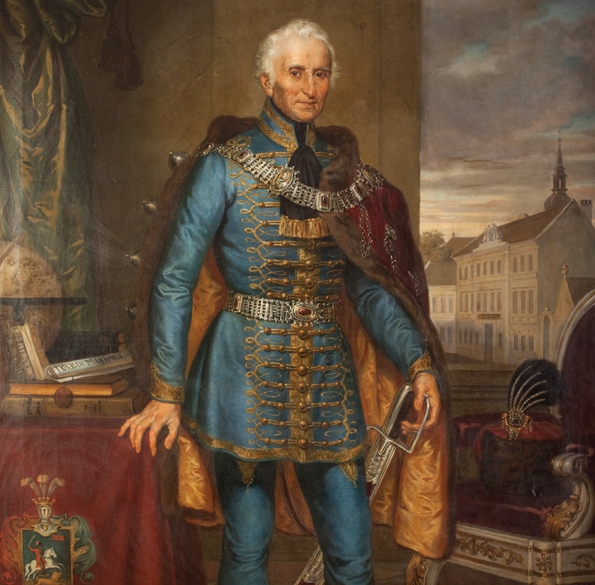 The beginnings of the tradition related to the Museum of Vojvodina are closely connected to Matica Srpska Arts and Cultural Society. The idea about a museum collection arose back in 1825. This idea came into reality on October 14, 1847, when a decision was made to found the Serbian National Collection or the Museum, saying “it will be the venue, where all the antiques and valuables will be kept”. According to the will of the founder, the Museum should become “the mirror of our nation’s life in the areas they live in”.

The first museum collection stems from Sava Tekelija’s rich legacy. Following a multi- decade long committed work, this collection had grown to become the Museum within Matica Srpska Museum, and as such, it was opened on July 9, 1933.

On 30th May 1947, with the goal to establish a central museum covering the entire territory of Vojvodina, a section was taken out of the material kept at Matica Srpska Museum, and that is how the Vojvodina Museum was founded as a complex museum with several collections covering archaeology, ethnology, history, hisory of art, zoology, botanics, geology-palaeonthology and minerology-pethrography. At the same time, the Museum was assigned to do professional supervision over all museums in the Province. In 1974, the Vojvodina Museum moved into an appropriate building, in which the court had once operated, erected back in 1896, after the design of Gyula Wagner, an architect from Budapest.

Subsequently several further institutions were founded out of the Vojvodina Museum, which are in charge of cultural monuments and in charge of nature protection: the Museum of the Working Class Movement and the National Revolution, the City Museum of Novi Sad, the Regional Nature Protection Institute, the Theatre Museum of Vojvodina and the Vojvodina Agricultural Museum.

The Museum of the Working Class Movement and National Revolution founded in 1956, was first transformed into the Museum of Socialistic Revolution and eventually into the Historical Museum of Vojvodina. It was situated in the building specially constructed for that purpose, designed by architect Ivo Vitić in 1959.