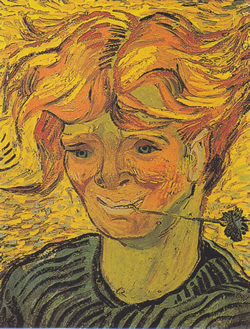 Once upon a time, in a village, lived a poor widow’s only son — Basil. He was hardworking, handsome young man, and many girls gazed at him. However, Basil did not pay attention to them. He worked from dawn to dusk in his field. One day, on the way back home, he went down to the river to rest, wash himself, and enjoy the sunset. He didn’t know that every night, hiдden between leaves of water lilies, a mermaid, who lives in the river depths, was watching him. She looks and sighs softly:

— Ah, — whispers mermaid — if you loved me, would we live together in the river depths? Look how beautiful I am!
As Basil saw and heard the mermaid, he refused to leave the land and his field to live under water.
— Then — said angry mermaid — if I can’t have you, no one can! Become a flower in the field!
She placed the flower among the rye. It was as blue as Basil’s blue eyes! And people call the flower cornflower — in memory of the missing young man.

With the development of intensive agricultural practices and increase in use of herbicides, cornflower has become rare in many parts of Europe. Nowadays, some of the oldest cereal weeds can be observed only in special reserves, such as Archaeobotanical Garden of the Museum of Vojvodina. Since1950s, farmers managed to eradicate weeds — plants whose virtues have not yet been discovered (Emerson 2013) — from their fields. The main reason why weeds were unwelcome by farmers is, not only that they grow in the wrong places, but because of their intention to stay there (Bonnet Stein 1988). Certain weeds have less beautiful flowers and some have blossoms, which were used for centuries to make wreaths and garlands for young ladies. Low cornflower (Centaurea depressa) was one of the most common flowers used in wreath-making by ancient Egyptian florists. Many of its specimens had been preserved in garlands, dating from 18th Dynasty (ca 1543–1292 BC) to Graeco-Roman times (The Metropolitan Museum of Art 2017). This plant was not indigenous to Egypt, and was introduced from Western Asia or Greek mainland, possibly, at first, as a weed in cereal fields and then cultivated in the gardens of Thebes (Carter 2014). The plant is not only decorative, but also useful. Whole plant decoction was used in herbal medicine for chest pain, fever, headache, stomach disorders, and as a cold and cough remedy (Quattrocchi 2016).

The ancient Greek name for cornflowers is kentaúrion (gr.κενταύρειον). In the book “Enquiry into Plants” from 4th century BC, Theophrastus mentions two Centaurea species; one with yellow (Centaurea salonitana), and the other with purple petals (Centaurea calcitrapa). Among flora of the former Yugoslavia (Grlić 1990), there are more than 30 listed cornflowers, while the number of Centaurea worldwide species exceeds 500. Many cornflowers are crops weeds.

Archaeobotanical collection from Bronze and Early Iron Age site in Feudvar, near Mošorin, Serbia (contemporaneous with the 18th Dynasty from Egypt) contain 380 charred achenia of a Centaurea species (Kroll & Reed 2016). Relatively small achenia (Fig. 1) belong, most likely, to diffuse knapweed (Centaurea diffusa). Today, this plant, which is native to Asia Minor and the Balkans, is considered an invasive weedy species worldwide.

Fig. 1. Carbonized achene of a Centaurea from Bronze and Early Iron Age site in Feudvar, near Mošorin, Serbia (Kroll & Reed 2016, drawing: A. Medović)

The most prominent of all Centaurea species is, however, cornflower (Centaurea cyanus). Cornflower is an annual (therophyte) that germinates, more or less, together with cereal crops. It prefers well-drained sandy or sandy-loam soil (Hofmeister & Garve 1998) and it grows in nutritionally poor rye and oat fields (Kroll & Reed 2016).

Pliny the Elder writes in his “Natural History” that cornflower “declares its colour by its name” (lat. cyanus), which means azure or dark blue (Feemster Jashemski & Meyer 2002). Pliny assumes that the plant subsequently became popular, after the period of Alexander the Great. He points out that it was actually discovered by Greeks, since Italy used only the Greek name kuanos (κυανός) for this flower. The earliest mention of this flower was found in the “Garland” of Meleager from 1st century BC. Cyanus was the name of the cornflower from Mediterranean antiquity up to the 18th century. The scientific name of the genus, Centaurea was given by Carl Linnaeus (Kandeler and Ullrich 2009).

In the beginning of the agricultural revolution of the Neolithic, only a few of the characteristic weed species were present, whilst others arrived in later millennia. In prehistoric fields, Centaurea cyanus is conspicuously absent. As a cereal weed, cornflower is apparently a latecomer. It is an arable land specialist. Cornflower has been particularly prevalent in rye fields on the European continent. Rye, as a crop in its own right, appeared in Central and Western Europe immediately preceding or during early Roman period. Only following the rise of rye as a true cereal, cornflower has gained importance (Bakels 2012).

In contrast to other weeds, cornflower is considered to be a good companion, in small quantities for cereal crops (Pfeifer 2016). Cornflower was troublesome and disliked by farmers, mainly because it blunted their scythes and sickles. The English poet from 17th century once wrote:

“Thou bluntst the very Reaper’s Sicle, and so
In Life and Death becom’st the farmers Foe.”

The delicate, blue flower is now most likely to occur in nature as a garden escapee. The cultivars of cornflower may also have purple, rose, or white colour. Its strongholds are roadside verges, scrub and wasteland. It flowers from June to August, often alongside other weeds; also called “cornfield flowers” — corn chamomile (Anthemis arvensis) and corn cockle (Agrostemma githago). Corn cockle has been used for making floral crowns, wreaths and garlands (Quattrocchi 1999). But, corn cockle, most likely due to its poisonous seeds, didn’t succeed to become popular ornamental garden plant, as the other arable weed — cornflower.

Cornflower has been used for centuries to create a deep blue dye from its flowers. As it is edible, it was used for colouring sugar and confections. The taste of the common cornflower is very delicate; a sweet spicy mix, which goes well in salads for both taste and visual appeal. It is known that our experience of taste and flavour is determined to a large degree by the colour of food (Grujić et al. 2009). The juice extracted from the petals makes a good blue ink. It dyes linen a beautiful blue, however, the colour is not permanent (Grieve 1984).

The genus Centaurea was named after centaurus Chiron from Greek mythology, a harmonious monster of herbal medicine. This was the main reason why Centaurea cyanus was kept in apothecary shops for centuries. “Healing effects” were linked to the bitterness of its roots which derive from glycosides (Bernhardt 2008). Although, cornflower has a long history of medicinal use, it is seldom utilized nowadays.