The exhibition of period furniture

The exhibition of period furniture was diplayed in the Big Mansion, which is incorporated into the Museum Complex in Kulpin. The author of the exhibition is Jelena Dobrović, curator – academic graphic artist.

The collection of period furniture in the Museum of Vojvodina has been systematically accumulated, ever since 1955. Soon after in 1961, the first furniture exhibition was displayed in the Museum. In 1967, the Museum earned the right to dispose and use the manor in Čelarevo with its complete furniture, so the collection became remarkably enriched, therefore an appropriate space should have been obtained for the exhibition. In late 2009, this collection was transferred to the mansion in Kulpin, and displayed there. This exhibition contains items covering the period from the early 18th to the first half of the 20th century.

There are very few objects belonging to applied art created before 1700, due to historical circumstances and continuing wars against the Ottomans. By the mid eighteenth century, after the wars ended and when urban settlements appeared, various trades had been thriving rapidly. A strong support to the thriving art, particularly of art crafts, was the flourishing economy from the seventeenth to the end of the eighteenth century, after a series of colonization.

The exhibition on period furniture with other exhibits of applied arts includes several segments, illustrated by objects most commonly used in this region. These items were manufactured prevailingly in artisans’ workshops. The typical pieces of furniture that reflect the distinctive stylistic features of particular artistic trends are those belonging to domestic furniture: cabinets, secretaires, chests, vitrines, canabes, armchairs, chairs, pianos, clocks, glassware, bronze sculptures, etc. The exhibition displays the style and artistic trends of the Baroque, Bidermeier, a copy of Louis XV, Second rococo (first and second phase), second Empire, then Neo-Bidermeier and Pseudo-rococo. Such pieces of furniture usually embellished interiors of burgoisie homes, but sometimes they were used in wealthy rural houses as well. 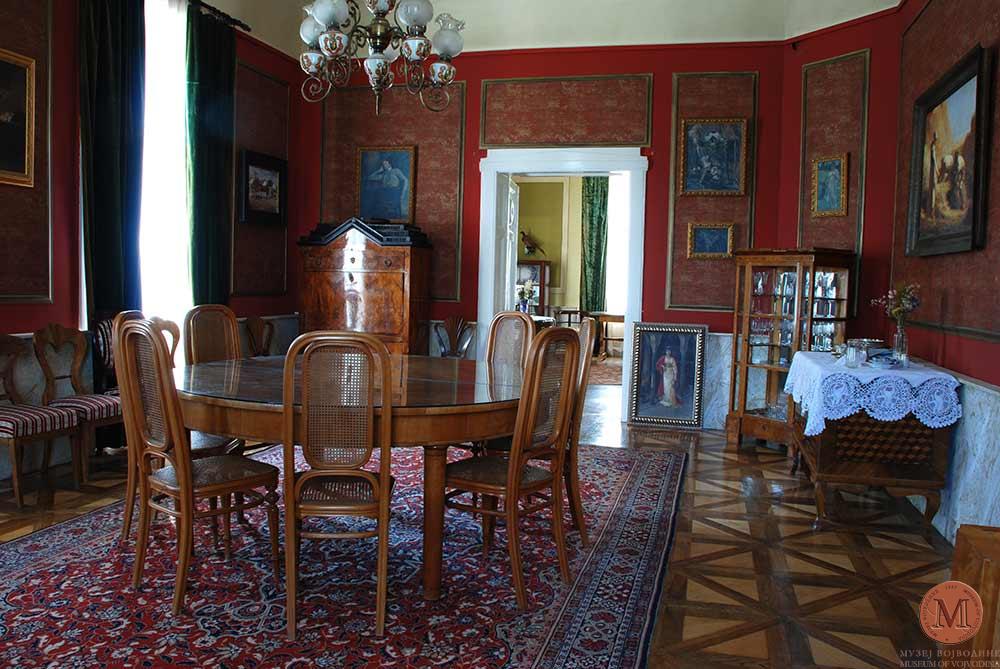 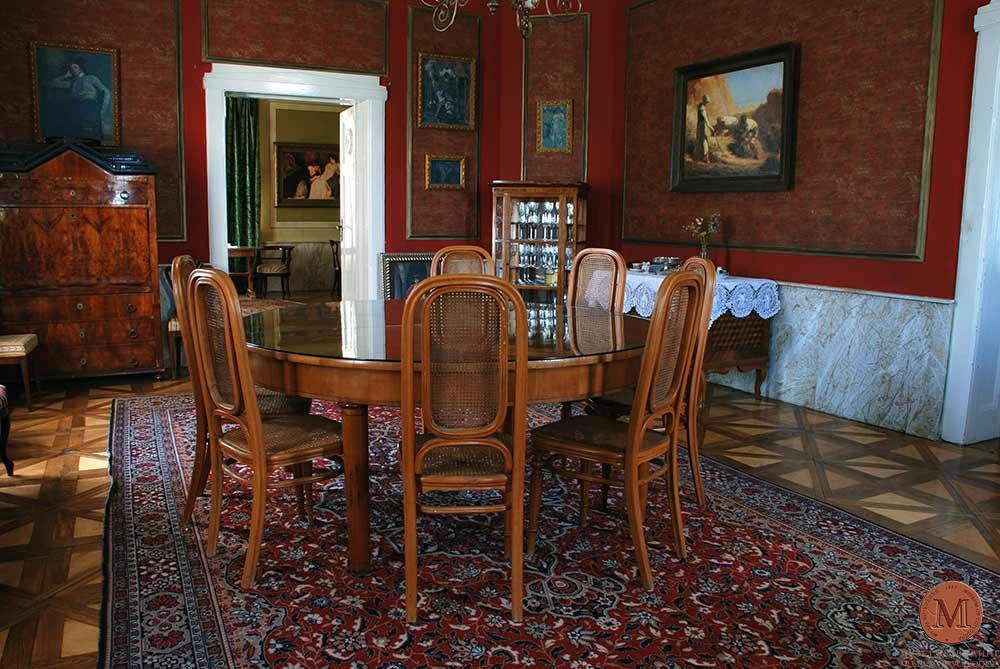 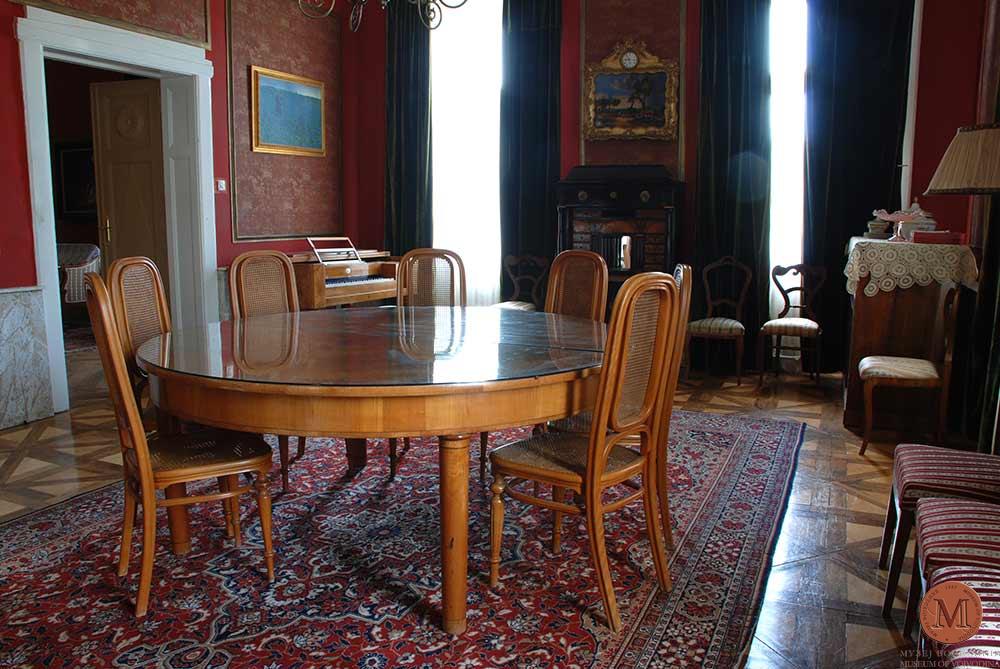 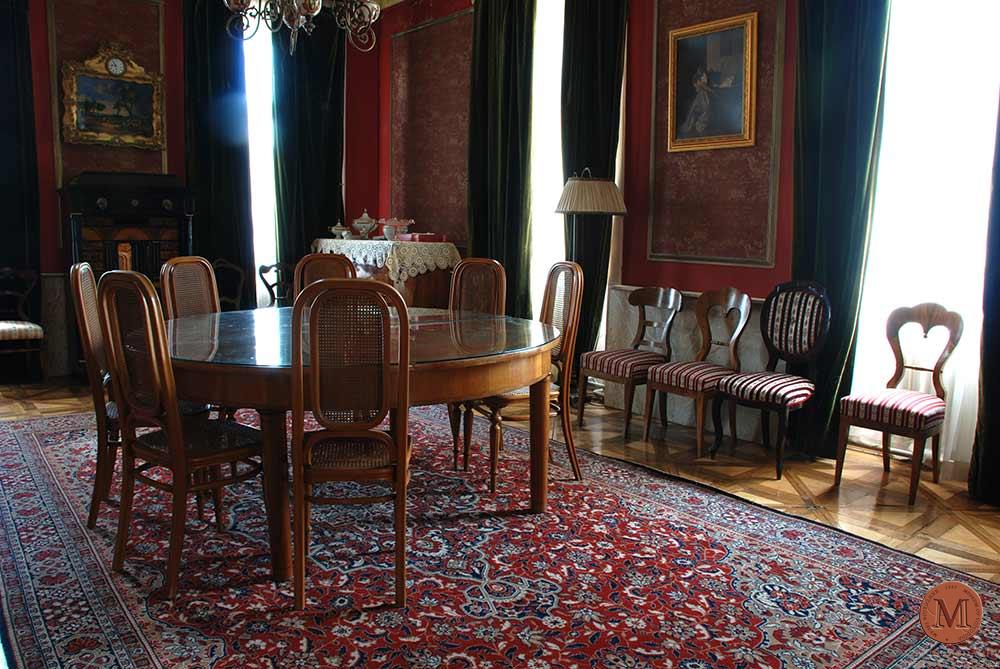 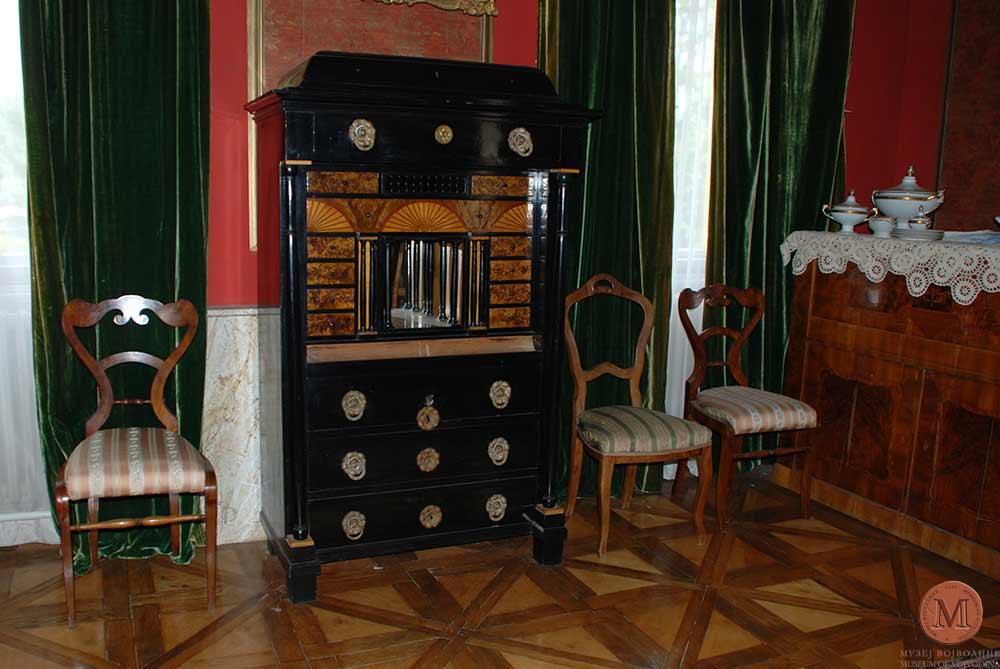 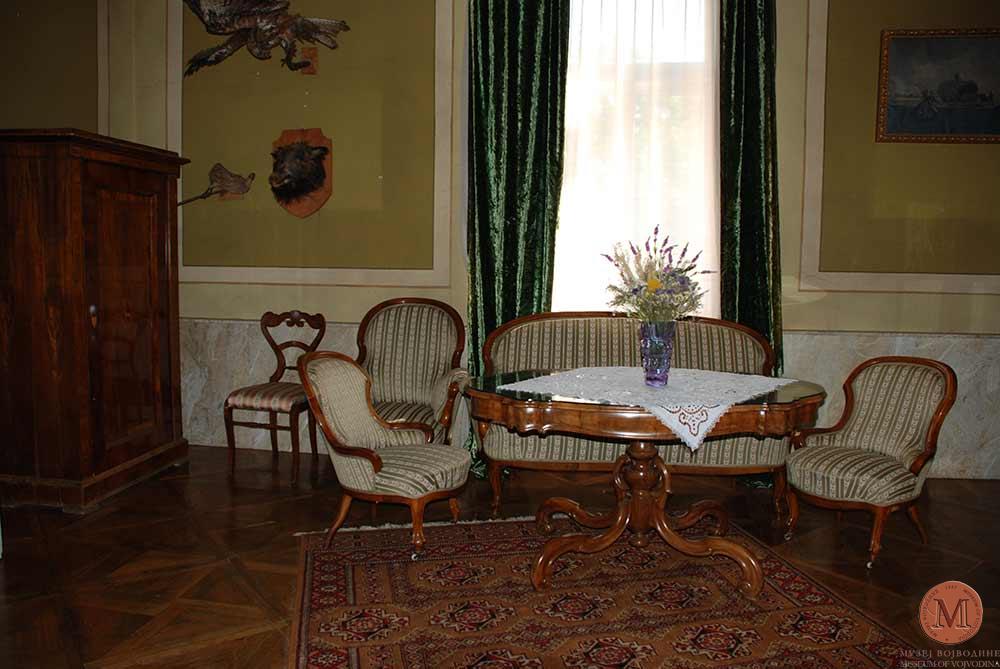 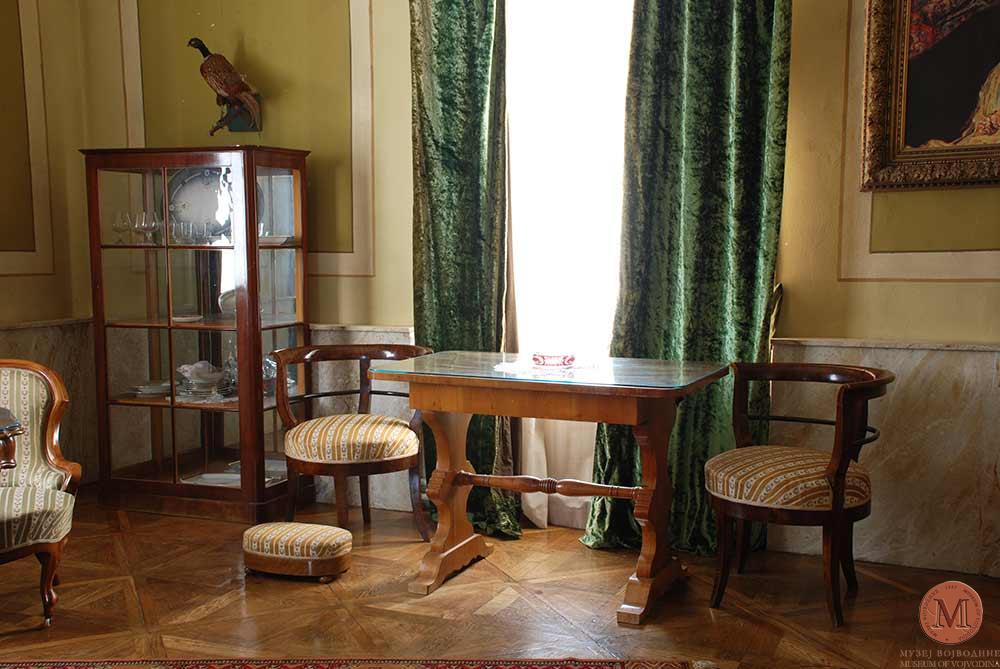 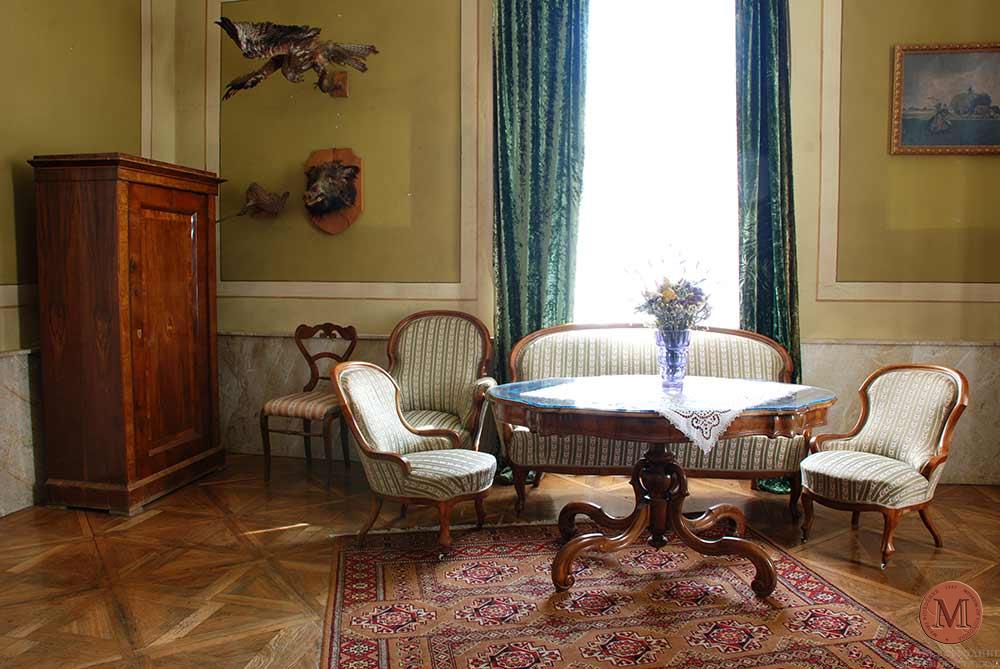 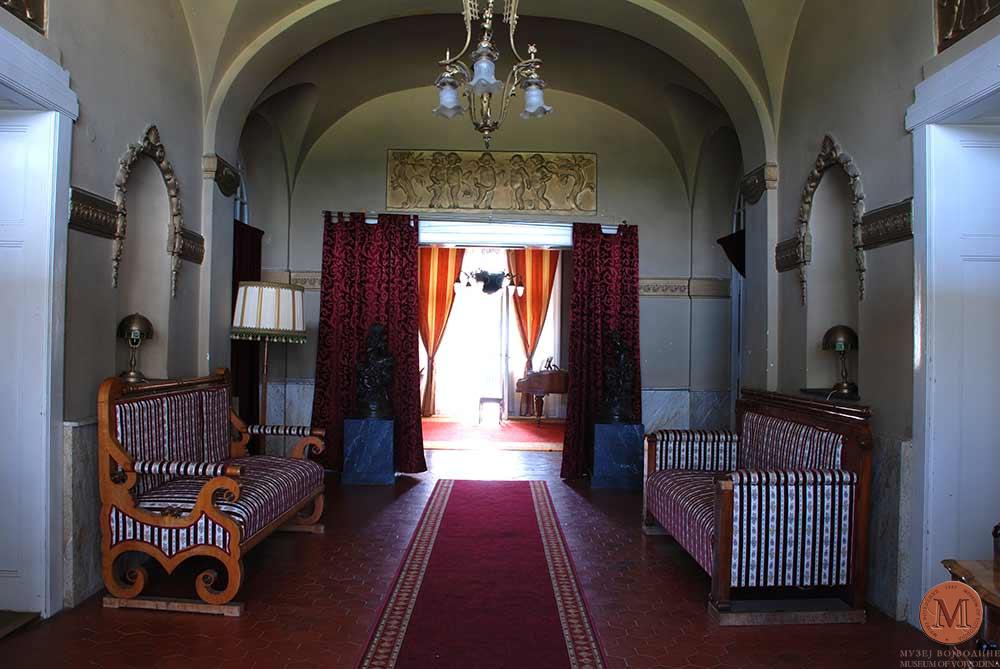 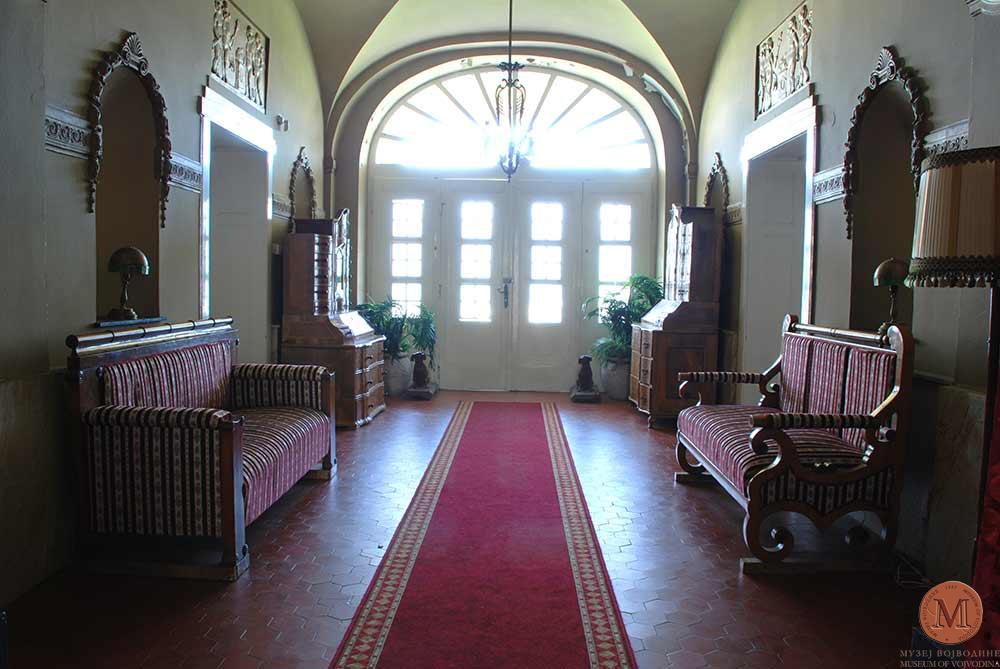 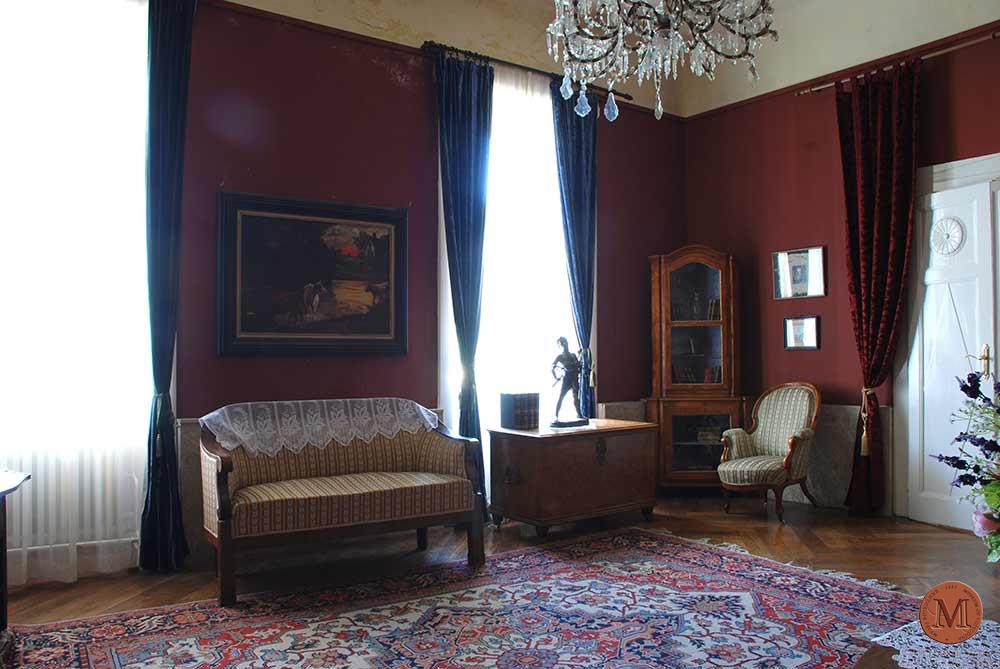 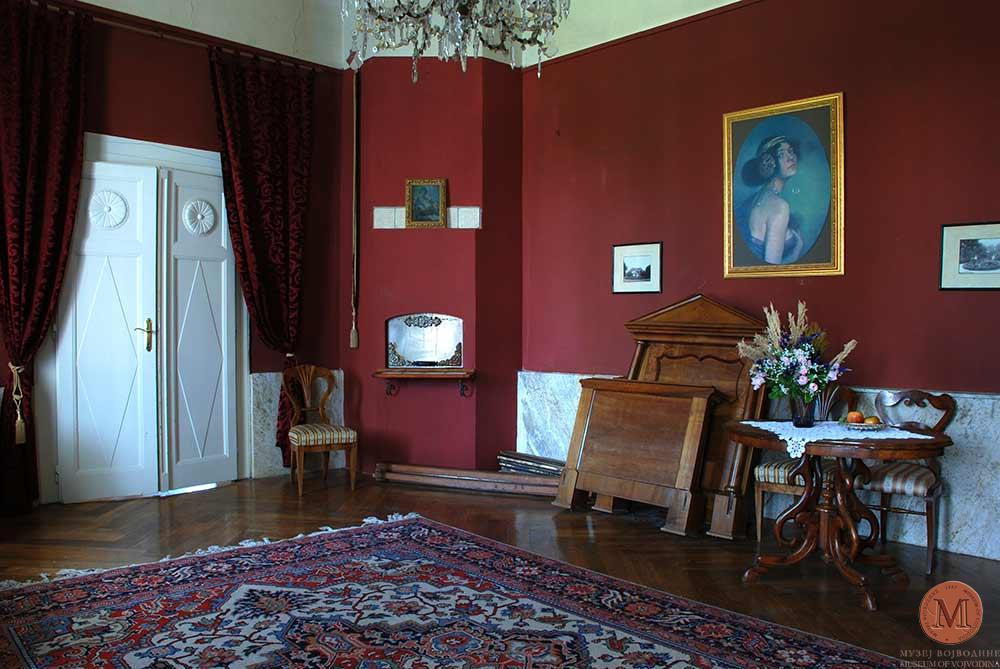 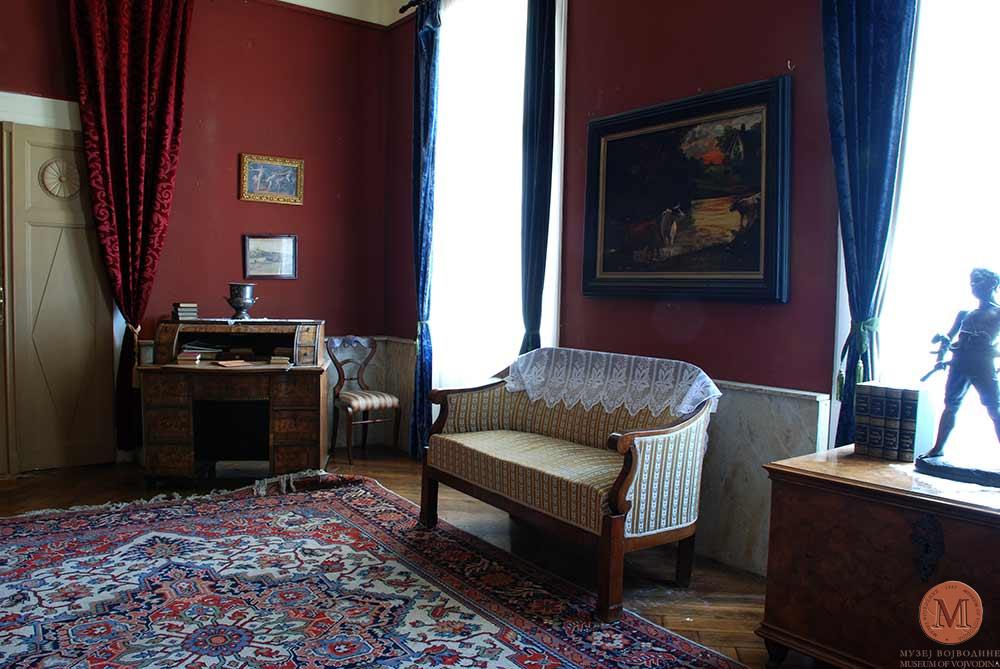