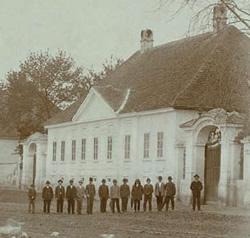 The small mansion is a single-storied villa built in the late eighteenth century. It was one of the family houses belonging to the Stratimirović family. It has preserved its original appearance. Just as the large mansion, it was also built in the Classicistic style. The central part of the front is embellished with a rizalit (step-out), ending with a triangular tympanum. The rizalit divides the facade into two symmetrical parts. On the back of the house, there is a spacious rectangular porch with arched openings. The windows and the entrance gate are decorated with bars and details made from wrought iron. 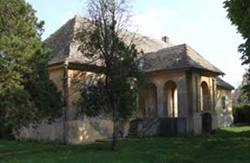 Given the fact that the mansion is an outstanding cultural monument, it would be reasonable to expect some initial steps regarding its revitalization in the near future. The space will be rearranged for an exhibition dedicated to the Stratimirović family, being the foundation of Kulpin settlement their merit.